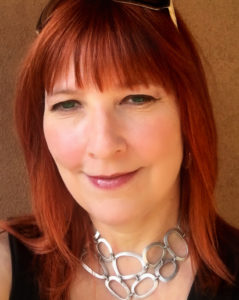 "You cannot depend on your eyes when your imagination is out of focus." -Mark Twain

In a profile I provided Shadow & Light Magazine a couple of years back, I began by stating that I haven't always been an artist. But, that isn't really true. Though as a child I was more interested in climbing trees than drawing them, my inner creative was always there in the stories I told myself, the scenarios and worlds I created for myself, and the innovations I made in bringing them to life.

Growing up, my mother was actively involved in the arts and regularly involved me. This exposure had a lasting impact. For my 18th birthday, my father gave me an SLR film camera, and in my second year of college in New Mexico, full of optimism and a sense of adventure, my passion for photography was instantly ignited. I began, of course, with black and white darkroom work. I adored it, but I could not imagine how I would make a career of it. I was interested in pretty much everything back then (still am). My curiosity lead me in other directions, and I moved on to more “practical” endeavors.

Twenty-five years later, after a lot of twists and turns in the road, a bachelor's degree in Psychology & Philosophy and a PhD in Ecology & Evolution, I now work as an artist and gallerist full time and am the owner of Ghostwolf Gallery in Albuquerque Old Town.

Departing radically in technique from the black & white of my youth, my work has moved in a significant way from a more spontaneous/opportunistic process of finding (or even stumbling upon) the perfect shot to become a more actively planned creative process that focuses on post-production and working as some painters do, to build images from the imagination. Completely self-taught where digital techniques are concerned, the digital darkroom has replaced the darkroom of old, and a computer has replaced the toxic, environmentally unfriendly chemicals we used to not think twice about working with for hours on end. I do not fear taking artistic license with an image, and my photography has become a tool in my creative process rather than an end in-and-of itself. I shoot more for stock now, spending more time interested in getting a subject from all possible useful angles than getting it from its “best” one, as rarely will the shot represent the final image, and more often than not I do not even know how I will use it. Sometimes, I don't have the image I need for a piece and I have to get creative. The 1940s Harley-Davidson in “Stormchaser” is actually a tiny model I purchased to get the shot, and “Dorothy” was not photographed in situ for any of the images in the “After Oz” series. I posed for the bathtub shot for “The Only Way to Fly” by setting a timer on my camera, whipping off my shirt, sitting down on a wrought iron chair on our deck, holding up my hand as if I had a glass of wine in it, and hoping the UPS guy didn't show up! I popped the image into the bathtub and created all of the appropriate shadowing in post. (All of the “After Oz” scenes are entirely generated from my imagination. The bathroom she lounges in does not exist save for there.)

All of this stated, spontaneity remains a big part of what I do. Sometimes, I just play, and many of my best images have arisen from this. Often, my ideas arise wondering what two very disparate images might look like combined, or waking from a dream. I crave novelty and as such diversity of style and subject matter is definitive of my nature. Conforming to a strict formula would suck the joy out of the creative process for me. Thus, while there are unifying stylistic elements globally evident in everything I do, I feed off the challenge of pushing myself in new directions. I remain constantly curious and easily amused in life. I find funny graffiti endearing and love quirky cultural statements and ironic juxtapositions.

Both positive and antagonistic forces have driven my development as an artist, the latter of which I believe deserve significant credit for pushing me to be far better at what I do. I will never forget when I was starting out doing large art shows and an older gentleman (photographer) wandered into my booth and complained bitterly about digital techniques and post-processing and said of my heavily edited piece “El Super Servicio de Santo Niño: “even YOU have to admit those colors aren't real!” My response was: “That's not the point, if you prefer traditional photography, there are lots of wonderful artists here at the show!” His wife nearly died of embarrassment (she understood), and my husband still laughs about my handling of it.

Regardless of the genre that they work in, anyone that does a lot of art shows has met this guy. And, he represents some of the primary challenges those of us pushing boundaries in any medium, but especially those of us working in digital and blurring lines between art forms, face. Despite plenty of accolades for my work, I am well aware that there are still folks in the art world that look down their noses at digital, and this is an ongoing frustration given the amount of creativity and skill I hope my work exhibits. My most complicated pieces can have hundreds of hours and hundreds of layers in them. They combine collage with digital brushwork and the utilization of a myriad of techniques, but a running joke between my husband and I is that I just push the “I feel lucky” button and call it a day, as it seems that is what these folks think I do. (For non-photographers, there used to be a photographic plugin for Photoshop that actually did have a setting named this. It was fun to play with, but pretty much never rendered artistically palatable results.)

However, as irked and amused as I was with that fellow in my booth that day, at that moment, my direction was clear. I wanted no confusion regarding my artistic intent and can say unequivocally that experiences and attitudes like these have pushed me to define myself without apology as an artist with a distinct vision. I've always been a contrarian, and the harder I have been pushed to conform, the harder I have pushed out into exploratory territory. The constant pressure to do work that purists are more comfortable with has ultimately lead me to find my own voice. Instead of aspiring to mediocrity through the pursuit of excellence in common work, I find myself taking more chances in defiance of it. The cynicism and banality of the idea that everything must look exactly as it is or utilize whatever trendy techniques other well-known photographers are using has pushed me ever further towards surrealism and whimsy. It's led me to more actively start telling stories and show people how I see the world. But, perhaps the coolest offshoot of my development as an artist has been my realization in the face of negativity that I prefer to define myself by what I do like, rather than what I don't. I am a firm believer that taking ourselves too seriously is a dangerous gambit and this is an incredibly positive motivation that guides me every day. Thus, in addition to hopefully instilling wonder, I've largely dedicated myself to making people laugh. I'm relatively convinced that this may be the greatest contribution I can make in this life and is a sufficiently worthy goal to aspire to.

All of this leads in to answering the interview question posed to me regarding what my advice would be to aspiring artists. First and foremost: do not let conventionalists have you stuff your creativity into that box they so want you to. Let your freak flag fly. Have fun. Be you. Further, some folks in the art world will try and suggest that only art that makes us miserable is “true” art, but joy is a legitimate element of the human experience worth communicating. Do not be afraid to convey it. And finally, don't let anyone tell you that because you use unconventional or non-traditional techniques that what you do is “less-than”. For the digital photographers out there, the artist working with digital brushes is no less an artist than one working with boarhair. And, one working in Photoshop is no less a photographer. What you do requires substantial skill to do well. Don't let anyone tell you differently.

Amy's work can be found at Ghostwolf Gallery at 206-1/2 San Felipe ST NW STE 3 and online at www.amyditto.com Ghostwolf is closed through January while they move to the new location. Call for an appointment!