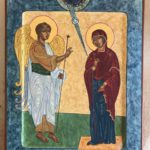 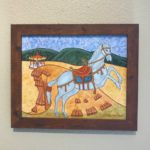 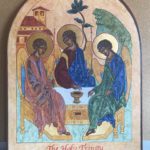 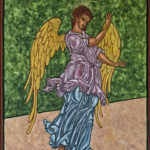 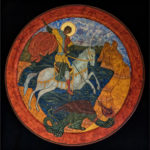 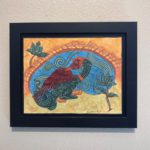 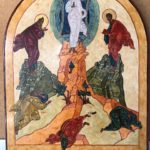 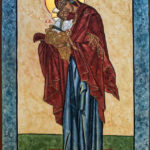 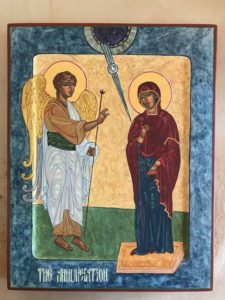 I took my first icon writing class in 2004-2005. It was an opportunity to explore my spirituality in a manner different from writing in a journal, which had not been successful for me. The summer of 2005 I took my first week-long workshop from the Prosopon School of Iconology held in Santa Fe. The Prosopon School has guided my development as an iconographer ever since. The school was established by Vladislav Andrejev, a Russian who immigrated to the United States in 1980. The school now has instructors who travel throughout the world to provide instruction to a wide range of students. Little did I know that the experiences I began that summer of 2004 would take hold of me and become a major part of my life.

I work in egg tempera on a variety of wood panels in a Russian orthodox tradition. I focused first on orthodox images and then western religious images. In the past year or so I have begun to expand this technique to secular subjects. Whatever the subject, I spend time researching the image or subject, developing the cartoon/sketch, and formulating the sequences of pigments/paints before I begin painting.

Back to All Artists